10 years of The Narrative's Self Titled vinyl editions release

On June 27, 2010, The Narrative released their second studio album "The Narrative. The band at first, published only the digital and a CD copy on their merch store. The vinyl version was released one year after, on October 25, 2011. The Narrative pressed 1000 copies of their album, being 200 a limited edition of a 2xLP in pink and milky purple and the standard 2xLP black version. There was also a 5 test pressing available. The package is a gatefold with a lyrics sheet also. You can see below the packaging: 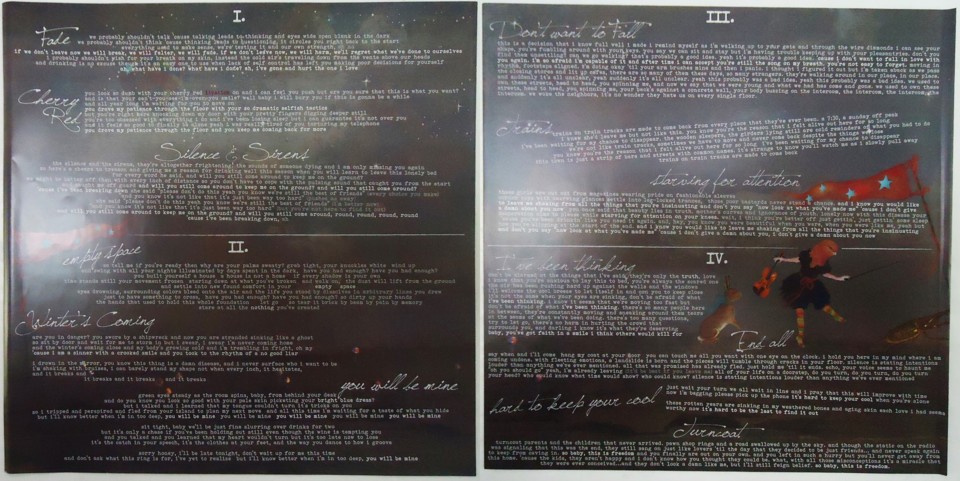 On The Narrative's website in 2011, the band shared the information about the vinyl

The vinyl is available on The Narrative's Shop in both versions colored and standard.
Watch the song "Don't Want to Fall" from the limited edition vinyl